Codefixer has produced oustanding returns on investment for clients through Google AdWords, outperforming many of the top agencies in Belfast & NI.

Need to get to the top of Google quickly & for all your keywords?

Pay Per Click and in particular Google AdWords lets you pay to be listed at the top of the search engines. We can get you in front of people searching for your product or service.

The screenshot shows where your Ads can appear.

How Does Google AdWords Work? 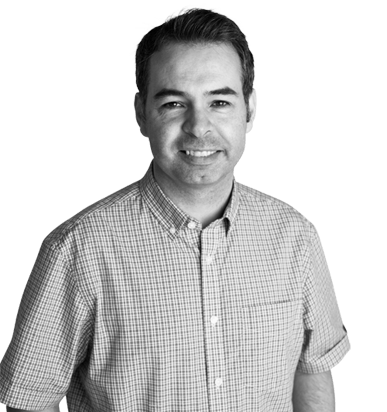 Michael Wall one of Ireland’s longest serving SEO and Pay Per Click specialists runs the AdWords campaigns, and has extensive experience working on Google Shopping and lead generation campaigns.

For new campaigns we’ve Google AdWords vouchers worth £120 to give away.

What’s the best thing about PPC?

Unlike SEO, with PPC you can get straight to the top of Google in no time at all, and everything such as the cost per click, the amount you spend, the number of conversions are all recorded. We believe PPC should be at least considered as part of any online marketing strategy, and that used in tandem with SEO can provide a very healthy return on investment.

If you already have a Pay Per Click account we can offer you an audit that will return a list of action points that will help improve your campaign. We see many AdWords campaigns that are poorly setup and maintained, even successful ones that could do better.

What We Don’t Do

What We Will Promise

As well as running Google Search, Display & Video campaigns, we’re experienced running successful Google Shopping campaigns.
We were recently approached by a local Belfast retailer with a poorly performing e-commerce shopping campaign run by another agency and within weeks we had a ROAS of over 2000% generating over £65,000 of revenue per month and on top of that also helped double in-store revenue. December 2019 saw online revenue sales of over £200,000 and a cost to revenue of 4%. The previous 2 agencies had achieved sales of just over £20,000 during December 2018 and 2017.

We also offer 1-1 custom or small group Google AdWords training to businesses throughout Northern Ireland and Ireland. The training is extremely helpful for businesses that wish to manage their own campaigns or for those that wish to have an understanding of what their AdWords management teams are actually doing.

We’ve taken over campaigns run by Yell and other agencies and consistently performed well against them. One recent Yell customer we worked with was able to make a £10,000+ saving with a couple of days work and still increase calls and leads. We can get you more clicks with less spend and cheaper conversion costs. We have consistently done this for the numerous accounts that we have taken over from other agencies.

Codefixer took over a campaign run by another local award-winning and high profile Google Ads company that also specialise in Google Ads. Within a month or two the conversion rates were up well over 400%, the campaign had roughly 14 conversions a month when Codefixer took over from the previous company, they reached 69 conversions within a couple of months. A year later we are getting over 100 good quality conversions a month. This was with less spend than the original Ads agency had, and the same goals being tracked. We thrive on taking over poorly performing or mediocre campaigns and turning them around.

Should we use Google Ads or SEO?

Both have their place in a Search Engine strategy. If you are want to be successful online then it’s recommended that you run both. We work in Search and provide both services, we see them as going hand in hand.

Why should we use Google Ads?

It’s quicker than traditional SEO, you can set you budget, and you can target the areas you wish right down to the postcode. You can also control of how much you’d like to pay per click. On top of this you can measure your results.

Are Google Ads worth it?

Yes Google Ads are a very quick way to get to the top of Google and get targeted traffic for people searching for your product or service. In our experience Google Ads is a very cost effective way to get business.

Still have questions? We’d love to hear from you!

Regardless of scale or size, we would love to hear what you have in mind for your business.
Contact us today to get started with your new digital strategy.
Start Your Project Now